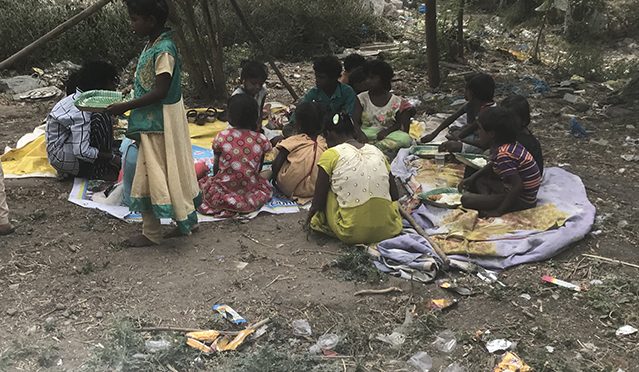 On Saturday we drove about 40km outside of Guntur City for a children’s retreat. Many of the children were from the “slum colony” where the retreat was held. If you look in the background of these pictures, you’ll see huts made from wood, cardboard, scraps and nature. A few churches came from nearby areas bringing their kids as well. I shared both in the morning and in the afternoon and in between, the kids sang songs, had a “talent show”, ate lunch. When it came time for a break, I saw a line of boys walking up the road. Their restroom was the ditch half a mile up the way. The girls went into a nearby cotton field where they could have more privacy. 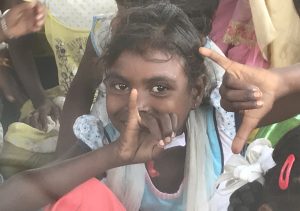 As I looked around I could see kids dressed in very nice clothes coming out of the huts. I asked one of the leaders about this and they said that parents and schools put a high priority on kids looking nice and so they often dress their best when they come to church events as well.

This retreat, which was held in an open pavilion with about 200 kids, with trash literally everywhere on the ground in the middle of this colony of huts was another highlight of my week. An old lady and an old man walking by stopped to listen as I spoke. The kids laughed. We sang. And we shared the love of Christ with them. 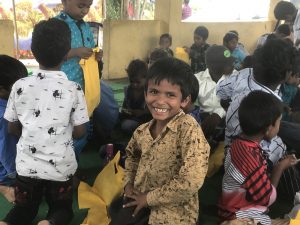 We’ve now shared in 7 distinct slum areas and I am finally understanding that Christianity here focuses on reaching children and reaching people in the slums. There is less resistance here. People in the slums are considered outcasts. According to Hinduism they are in this situation because of poor choices in another life. In a way, karma is punishing them. As a result they have little hope and little chance of a better life. Imagine then that the Good News of Christ comes in, telling them that they are valuable and important to God, that He loves them and has plans for their lives and that His love was proven by sending His own Son to save them. Can you see why these people more readily embrace Christianity and why so many of the churches are ministering in these areas. It’s not an easy ministry. Many of these people lack basic items. They need food. They have very little education. Disease and illness are rampant but the glory of God is moving in these dark places. 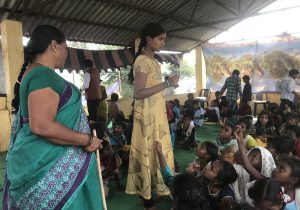 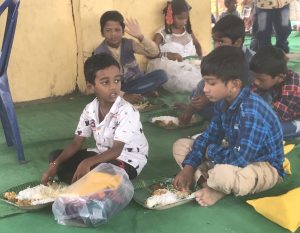 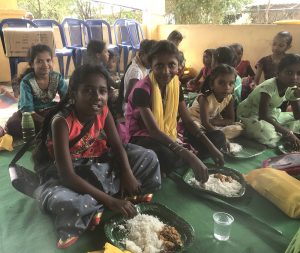